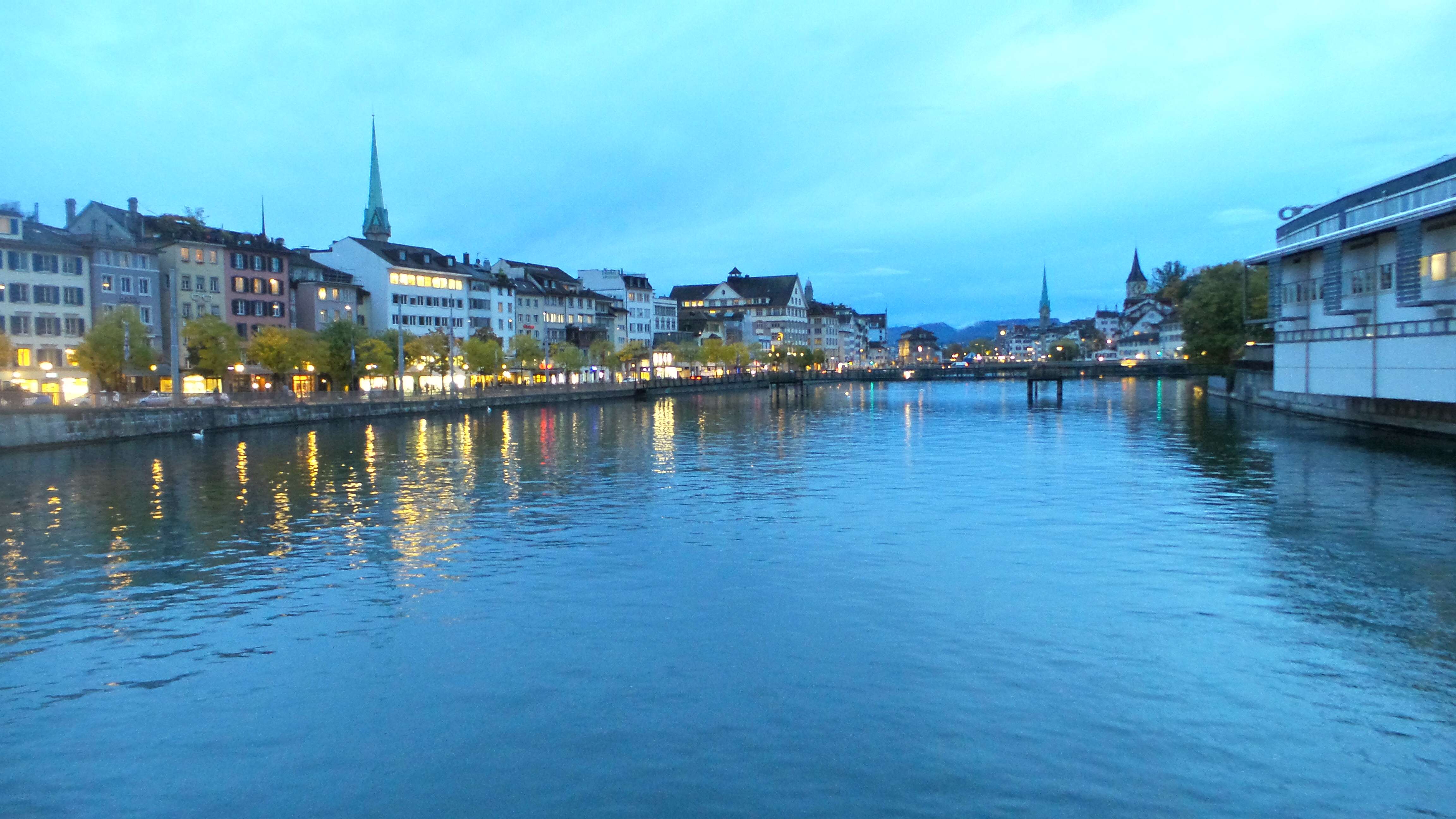 I left Italy and travelled northward arriving in Zurich, Switzerland; a largely intact medieval town adjacent to Lake Zurich and surrounded by the snow-capped Swiss Alps. When I arrived at the central station, I noticed the sleek feel to the huge station whose large openings to the outside allowed for the fresh mountain air to swill about.  The combination of the outside chill and inside buzz made for a unique atmosphere given the smells and sounds of the many restaurants, bars, and shops in the huge facility.  The station is at the epicenter of the city and I walked the short distance past the tram stations and supermarket and then across the river Rhine to the trendy Zahringerstrasse – a pedestrian only street lined with café’s, hotels, bars, and retail shops.  It was very close to Bohnhofstrasse, which is one of the most expensive and exclusive shopping avenues in the world.  I strolled along the Rhine and took some pictures of the beautiful scenery. 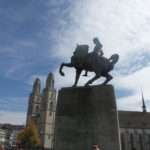 Monument in the City Sqaure. 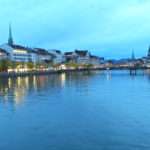 The beautiful Rhine at night. 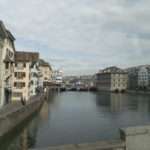 On the way to my hotel. 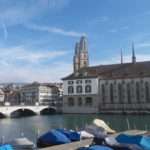 Along the River Rhine. 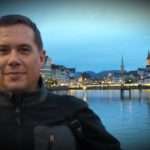 A selfie from Zurich. 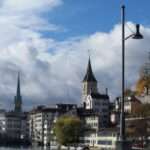 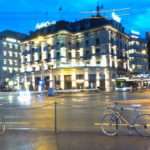 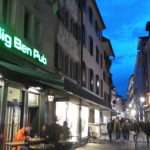 My hotel was on this street. 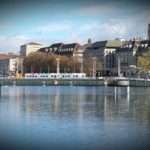 While in Zurich, I passed along picturesque Lake Zurich and then toured Saint Peters Church, upon which is the largest clock face in all of Europe. I then toured the Fraumunster Church.  I went inside to see the beautiful windows made of Chagall semi-precious stone where the murals on the stained glass are made in a way that can only be seen from the inside.  The gothic abbey dated back to the 9th century – 893 to be exact.  Around the base of the building new natural gas lines were being installed a few years ago and the workers had discovered human bones!  The bones turned out to be Roman soldiers dating back to the Middle Ages and now the entire area is an archeological dig site. 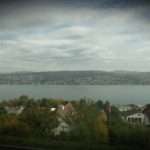 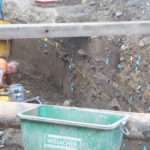 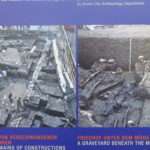 Pictures of the Excavations. 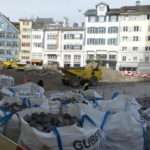 The town center turned into an archeological site.

Zurich has a presence of several notable companies including Google Earth, IBM, and 3M. The city is home to Lindt Chocolate, makers of Swiss Army knives, precision clocks and watches. Go see Zurich  – an expensive, sleek, and beautiful Swiss city. 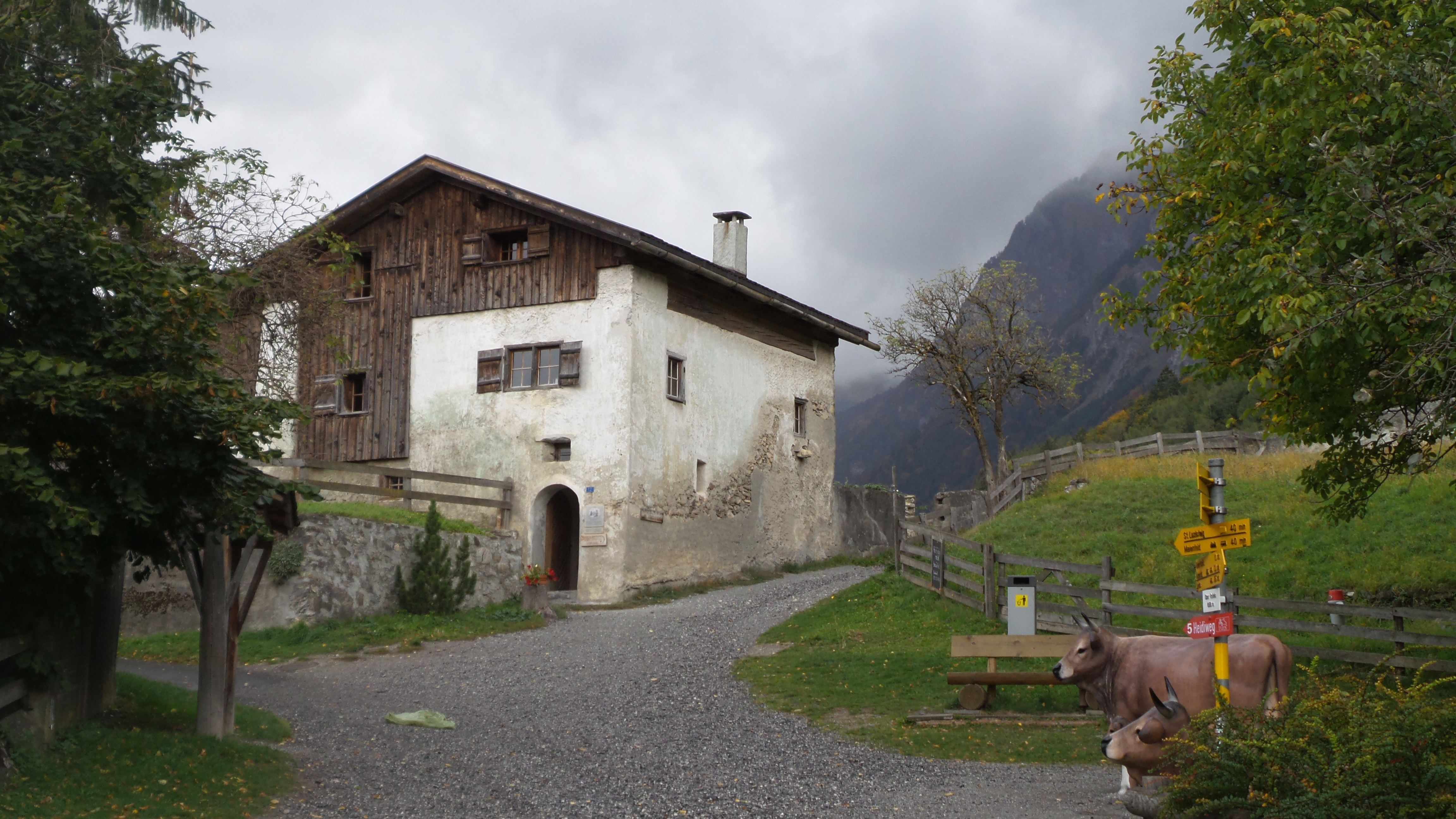